“he is best who is trained in the severest school,”

In the spirit of the quote, “he is best who is trained in the severest school,” the Combat Stress Program (CSP) was the flagship program offered at the Urban Warfare Center®. It was a day long stress inoculation program designed to help prepare people for the realities and challenges of close contact fighting in an urban setting. The ability to not only survive, but to dominate the battlefield is dependent on fostering the skills and mental toughness that is tested in the fiercest combat engagements. 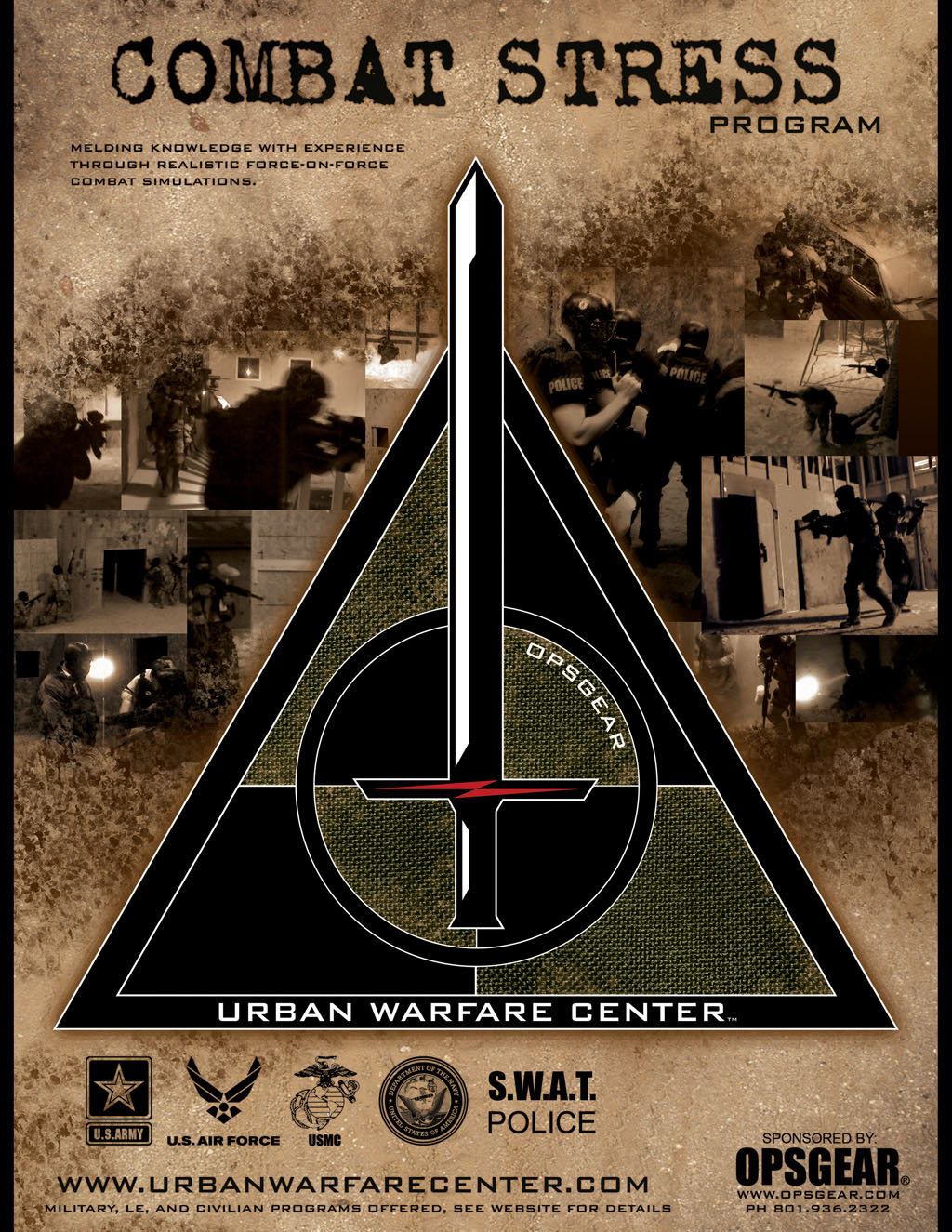 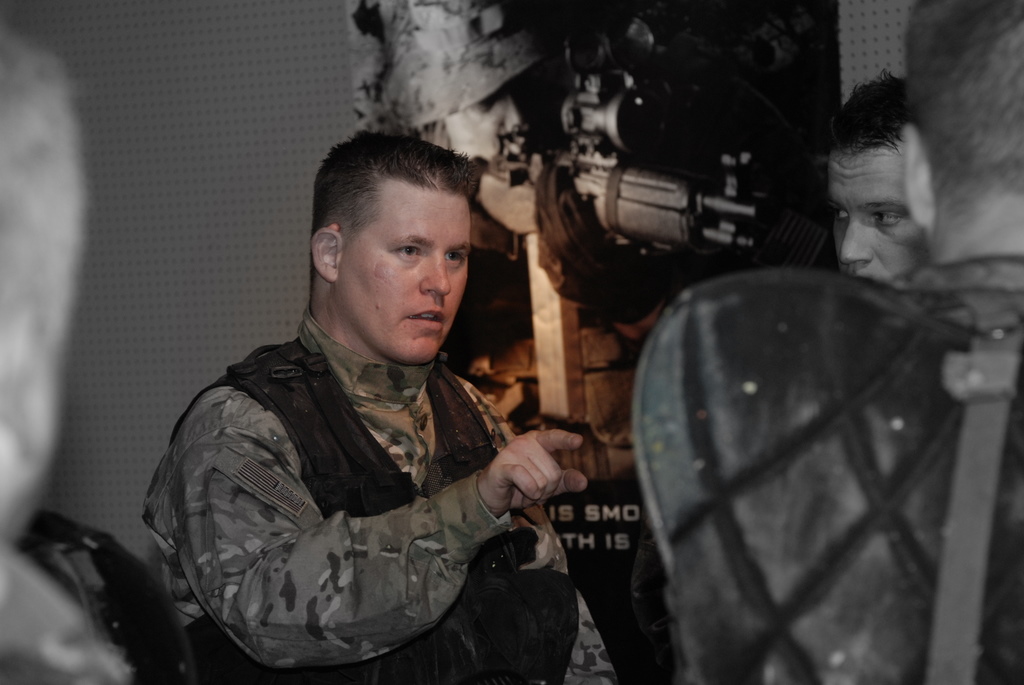 This day long course exposes participants to an environment as near as possible to the real thing.  By using principle based tactics, facilitated debriefs and force-on-force scenarios, the participants are not only challenged, but learn to adapt to a constantly changing environment.  One of the greatest benefits of this type of training is shorter training cycles and increased retention.

Using state of the art marking gun technologies that reward success and punish failure, this method of teaching inspires the students to learn the critical lessons needed to dominate the battlefield.

This cutting edge course has received acclaim from both deploying and returning troops who have described their experience as being as close as it gets to actual combat. 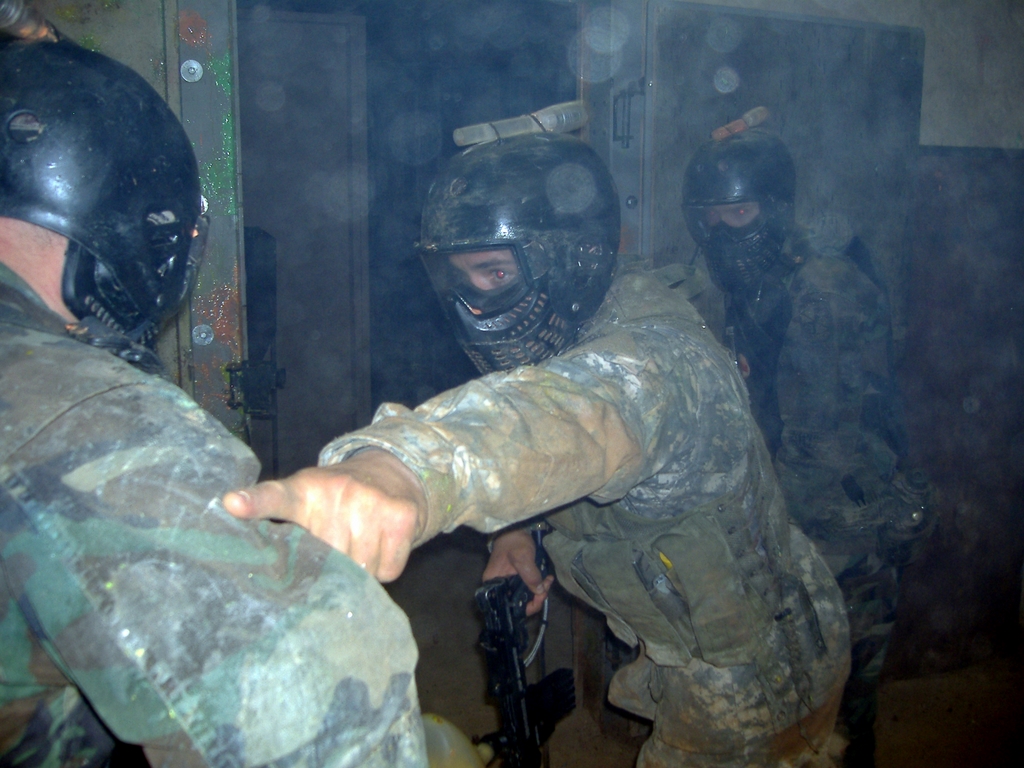 In the spirit of the quote, “he is best who is trained in the severest school,” the Combat Stress Program teaches participants the principles that will ensure their ability to survive and thrive in the fiercest combat engagement. This day long course exposes participants to an environment as near to real as possible, reinforcing principles through force-on-force scenarios using marking gun technology that both reward success, and punish failure. This cutting edge course has received acclaim from both deploying and returning troops who have described the experience of the program as being as close as it gets to actual combat. This program has also been used by patrol and SWAT trainers as a primer for training with great success. 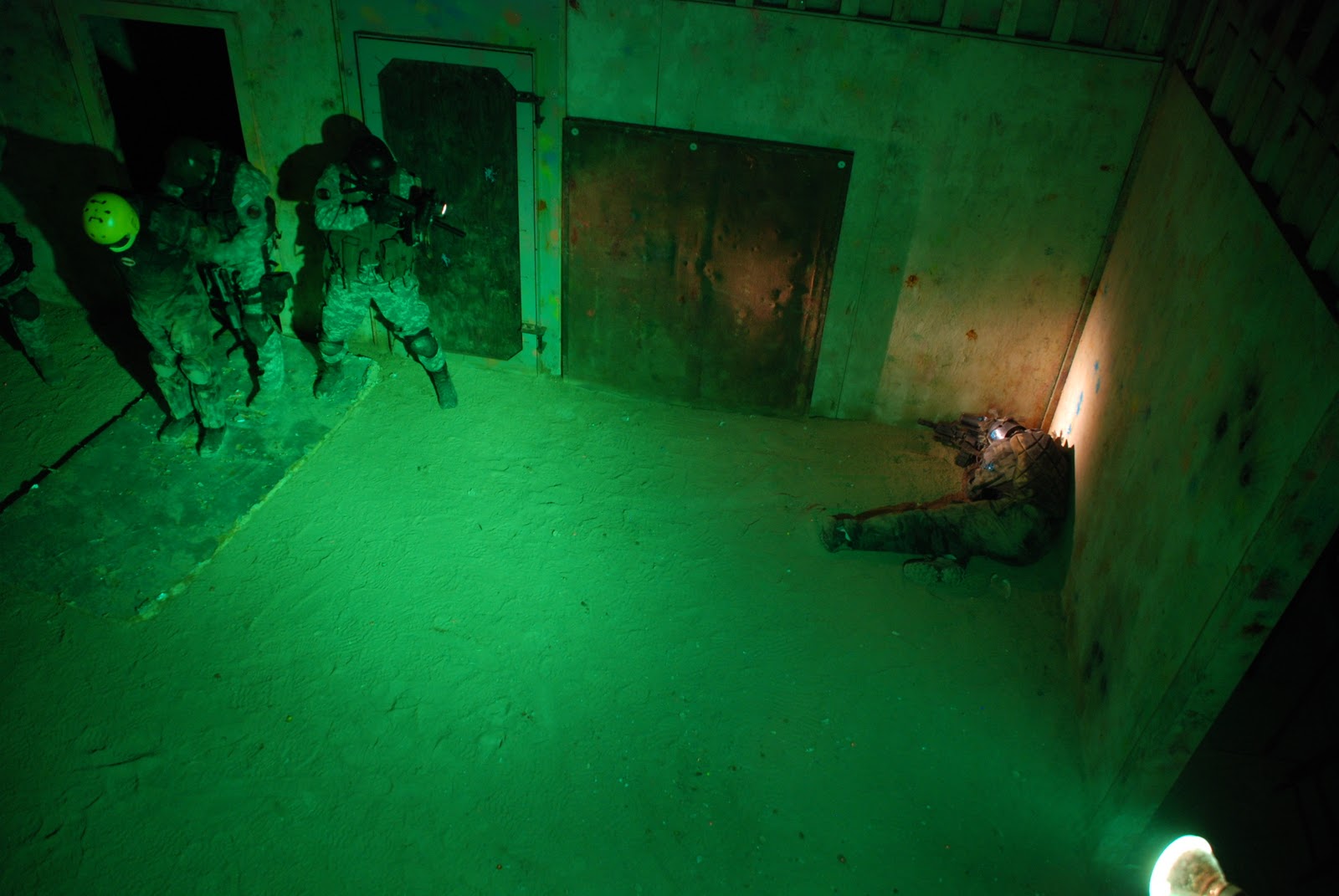 The program is focused on using the five physical senses to overwhelm the participants. It was developed by recognizing the fight, flight and freeze responses of units under going training while significant amounts of stress were heaped upon them. As the stress was reduced and identification of the stress responses understood by the participating units, mission success increased and the ability to react quicker to the threats became more apparent.
At times units have come into the facility thinking they were going to play “paintball”. Within the first few minutes of the first scenario, and after receiving several thousand rounds on or in proximity to them, those notions are gone. They are now in survival mode trying to figure out if the best response to the over stimulation is FIGHT, FLIGHT or FREEZE. 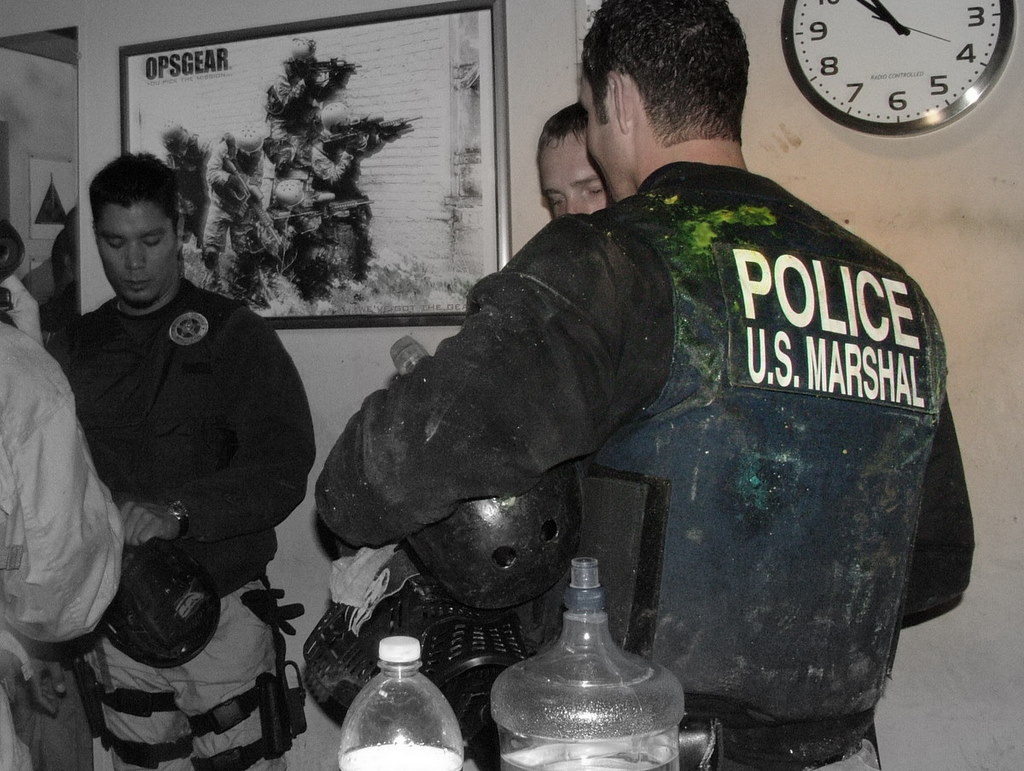 After the stress has been induced it is time to establish benchmarks for the individuals and teams as a whole. We talk about “how did you feel” during the fight. What physical symptoms did you experience? Humility is the normal conclusion to the first event. The remainder of the day is spent talking about principles of dominance in the urban setting, then running more scenarios focused on driving home important conclusions related to those very principles they are struggling with. 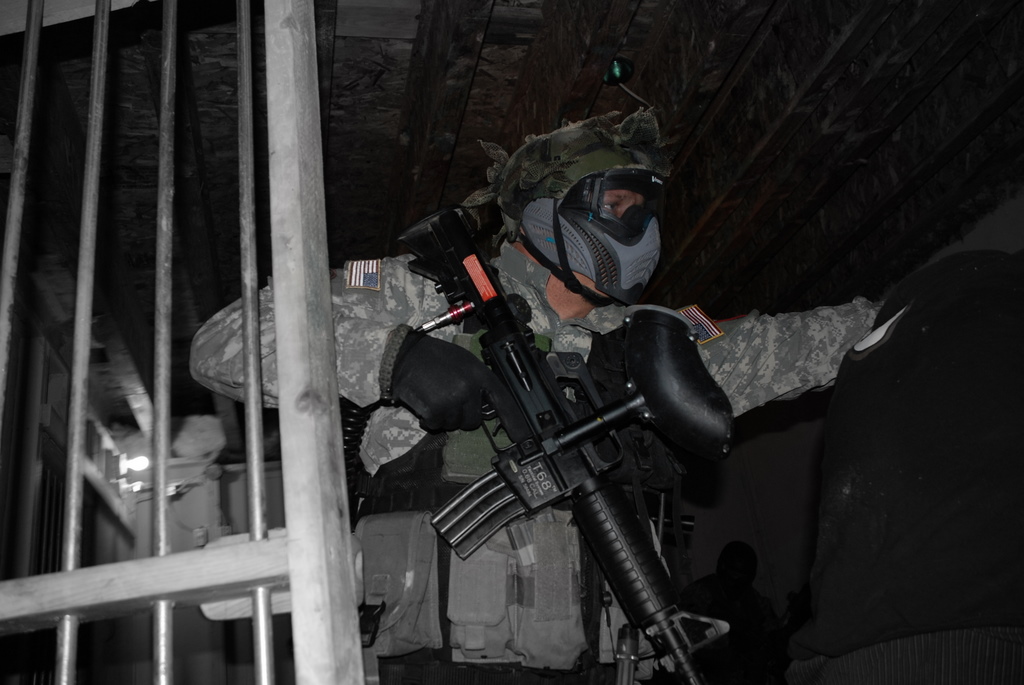 An example of a correct principle would be to stay out of “funnels” defined as windows and doorways. We reinforce this principle through firepower. Well placed shots by well trained and ego absent opposing forces (OPFOR) teach the principle clearly.

As the day progresses so do the missions, until at the end of the day the unit is ready to repeat a mission similar to the first one.

Because of this unique process of INDUCING, IDENTIFYING, and INDOCTRINATING stress, the symptoms and tools to overcome this life threatening condition in battle are retained. Principles learned are retained quicker, and the training cycle is reduced.

In a very real way we can accomplish in one day what most elite units pride themselves on doing over a sustained period of time. We are never trying to induce stress to “wash” someone out of a program as elite units may do out of selection necessity. However, we are heaping large amounts of pressure on them, which will require them to work together or fail. Success is determined by teamwork, communicating, doing your job under pressure, and accomplishing the mission.