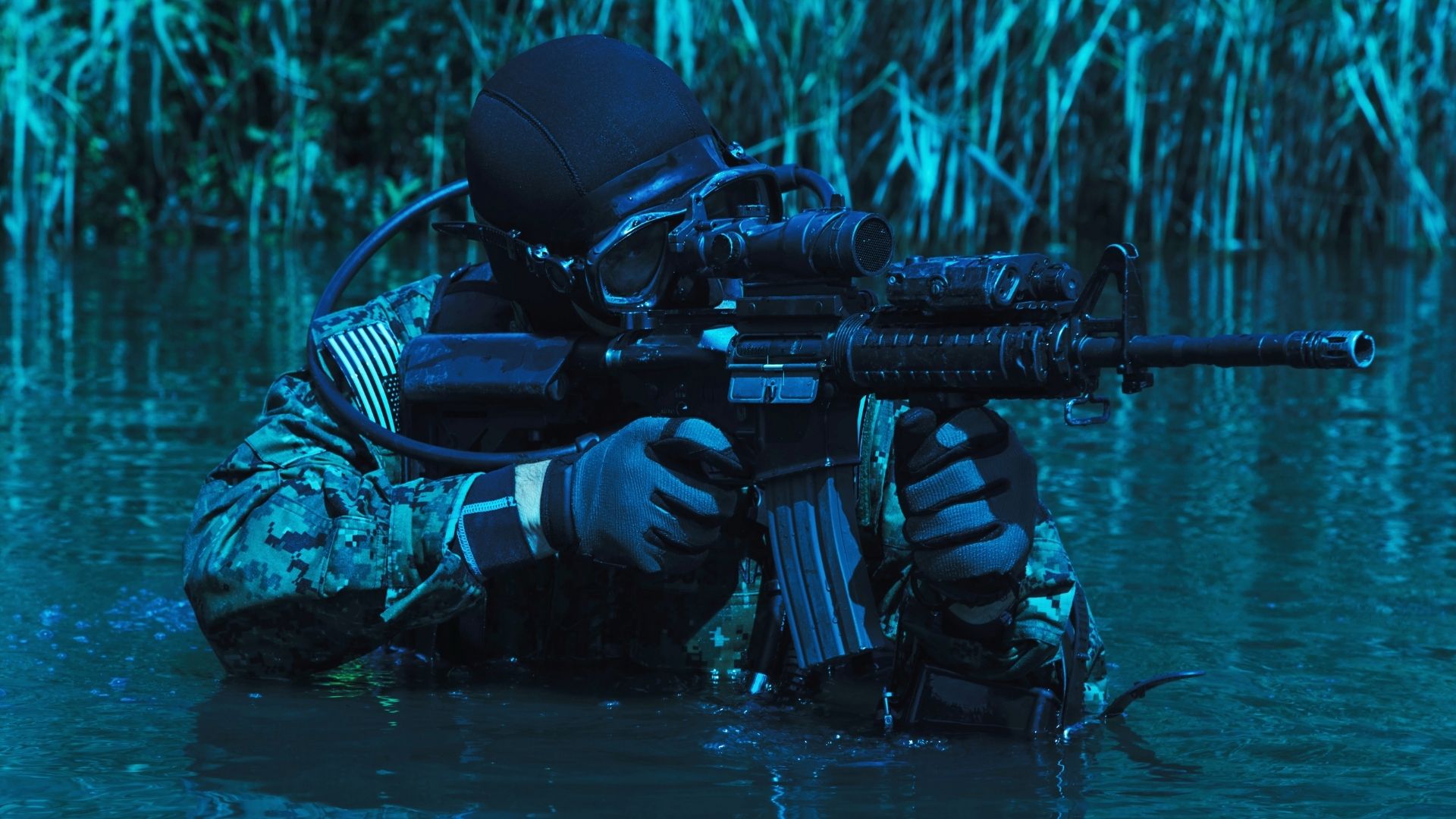 Violence of action means the unrestricted use of speed, strength, surprise, and aggression to achieve total dominance against your enemy. I'm repeating this to drive home the concept that any fighting technique is useless unless you first totally commit to violence of action. Don't be afraid to hit first, and when you do, hit hard. Remember, you are fighting because this is the best and only option. Pull the trigger -- because you are in a battle for your life! Your instincts, assessment, and situational awareness have told you that you are in mortal danger. You don't know the other person's intentions fully, and you never can. What you can do is survive -- it is your right to not be killed or harmed by another person. As with most things survival-related, fighting has its own set of priorities that need to be addressed at lightning speed.

Again, back to violence of action: Make every blow count and you could walk away; otherwise you may be carried away. Punch, kick, elbow, gouge, bite, stab, rip, crush -- you name it, you should do it, because this person is trying to take your life. The only rule in fighting is to live.

Vulnerable points exist all over the body, but remember that the greatest number of them exist from the collarbones up. Within this relatively small area of the neck you have:

Your attacker may be three times your size, but if you take away even one of these functions, the fight is over. Even a 250-pound man made of solid muscle will stop fighting if he can't breathe, which is why you must concentrate the full force of your attack on the face and neck area.

Make a fist as described above and deliver a punch so you are ideally striking with the knuckles of the index and middle fingers and punching through your target, as if you were trying to reach a place a few inches behind where you're aiming. Then immediately return the hand to the defensive position by your face. You will increase the power of a punch by twisting your midsection in conjunction with the blow.

Jab: This is a punch thrown straight out, using your fist on your lead-leg side; it's not the most powerful but is great for maintaining distance.

Cross: A punch straight in from opposite the lead leg -- very powerful.

Hook: An outward arcing punch delivered by either fist -- great for targeting the ear or jaw.

Uppercut: An upward arcing punch delivered by either fist -- great for targeting the chin, and the best for lights-out!

In addition to the above punches, your hands can also be very effective when clawing or jabbing with fingers, and an open palm strike can be devastating. The palm of the hand contains one of the densest bones in the body.

1. Open your palm; cock your arm back, just as you would for a jab punch.

2. Strike directly at the front of the nose and aim upward. A nose broken this way is much more painful than one that's been hit from the side, and will take the fight out of nearly anyone.

The rear chokehold method (a.k.a. the sleeper) is a compression grip applied to the throat to disrupt circulation (carotid arteries) and breathing (windpipe), which ultimately causes the person to lose consciousness.

2. Keep your right arm behind his neck and grab your left shoulder.

3. Then with your left arm, reach to grab your right arm's bicep, squeezing tightly, making a full lock, or chokehold.

An alternate method is called the front chokehold, which works when you are facing your attacker.

1. With your right hand, reach across and literally grab the opposite corner of his shirt collar -- not the person. You will have greater control over your adversary this way.

2. With your left hand, reach and grip the attacker's collar on the opposite side. This will make your crossed arms an X in front of his throat.

3. Grip as tight as you can while rotating your hands forcefully inward to achieve the chokehold. You are twisting the opposite shirt collars as if you were squeezing and wringing out a rag.

Fighting an Assailant Who Has a Gun or Knife

If your assailant has a weapon, then your choices in defense will change. Disarming a person with a gun is incredibly risky. It takes a second to pull the trigger, so the best option might be to comply and wait for an opportunity to attack. However, if you are close enough and the situation necessitates you attack, your goal would be to use maximum effort and attack the weapon with the full intention to deflect his aim. Trying to wrestle the weapon from his grip is less likely to work than pushing his hand away, be it up, to the side, or downward.

At this point, you may get the opportunity to strike at vulnerable areas and disable the attacker enough to get off the X. If the person has a knife, again, keeping your distance is the goal. Use your shirt, coat, or whatever you can find to deflect his thrusting arm, which then could provide an opportunity to use defensive tactics.

Although this is the last step in this section, avoiding fights altogether needs to be your first priority. Get off the X and save your fighting techniques for the gym. But you might need to strike first and hard to have the chance to get away. Don't stay engaged if you can escape. The moment you have an opening, take it and leave the scene, because fights can change instantly and drastically.

The above excerpt is from SEAL SURVIVAL GUIDE: A Navy SEAL's Secrets to Surviving Any Disaster, written by Former Navy SEAL and preeminent American survivalist Cade Courtley.]
CADE COURTLEY was born in Columbus, Ohio and raised in Boulder, Colorado. He spent most of his young adult life in the outdoors and upon graduation from the University of San Diego he was immediately commissioned as an Officer in the United States Navy and began Navy SEAL training (BUD/S). After several intense tours as a Platoon Commander that had him operating around the world, Cade decided to leave the SEAL teams to pursue other challenges. He was the host of the Spike TV and Discovery Channel show Surviving Disaster and appears as a regular commentator on CNN and Fox News.

From random shootings to deadly wildfires to terrorist attacks, the reality is that modern life is unpredictable and dangerous. In SEAL SURVIVAL GUIDE: A Navy SEAL's Secrets to Surviving Any Disaster (Gallery Books) author Cade Courtley urges readers to learn the SEAL mindset: Be prepared, feel confident, step up, and know exactly how to survive any life-threatening situation.